Blog|Altcoins|Bitcoin Vs. Altcoins: How Are They Different
Published April 23, 2022|10 min read

Bitcoin Vs. Altcoins: How Are They Different

Bitcoin Vs. Altcoins: How Are They Different

Investors and financial analysts regularly compare bitcoin vs altcoins trying to determine the best coin for investment. However, these digital currencies are different in their characteristics, mining process, improvements, security issues, etc. Our cryptocurrency experts have analyzed all the vital data in this review.

Are Bitcoin and Altcoin the Same

Bitcoins are not the same as altcoins, although both coins are based on a similar principle. Bitcoin is considered the first cryptocurrency that was launched in 2009. All other cryptocurrencies and alternatives to bitcoin are generally titled altcoins. Continue with our review to get to know the key differences between bitcoin and altcoins.

It is the first digital currency. Bitcoin is entirely decentralized, and it is used for P2P direct transactions without government regulations or any intermediaries like traditional banks. Bitcoin uses a special data transfer protocol. The newest cryptographic methods are used to guarantee the functioning and protection of the entire system. The total number of bitcoins is strictly limited to 21 million.

Bitcoin has plenty of valuable features for its users. The most valuable and critical ones are:

Despite plenty of benefits, the most expensive cryptocurrency has significant drawbacks. The following ones should be emphasized while comparing bitcoin vs altcoins:

An altcoin is a general name for all cryptocurrencies alternative to Bitcoin. A considerable number of altcoins are forks of bitcoin with some minor changes. The first altcoins were launched in 2011. Their key purpose was to overcome all the technical limitations of Bitcoin. 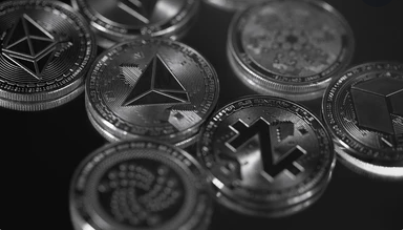 Altcoins strive to make cryptocurrency payments faster and more reliable and introduce innovative technologies in all spheres. The key characteristics of altcoins are:

There are four main types of altcoins. These are stablecoins, utility tokens, mining-based altcoins, meme coins, and security tokens.

Like bitcoin, almost all altcoins also have certain disadvantages despite their evident benefits. The key ones are explained below:

Difference between Bitcoin and Altcoin

There is a certain difference between mining bitcoin and altcoin. Our experts have analyzed such issues as transactions, updating, security, and source code rules. Please find the details below.

When comparing bitcoin mining vs. altcoin, it is evident that BTC mining is much more difficult and expensive. To form new blocks in the BTC blockchain. Altcoins provide alternative mining protocols. It lets miners do it without complicated equipment on home computers.

Bitcoin transaction confirmation speed is about ten minutes. This is a deadly low speed for the modern world when payments must be processed instantly. Altcoins payments are much faster. For instance, it takes 3-5 seconds to process a Ripple transaction.

In November 2021, Bitcoin developers activated the first cryptocurrency update since August 2017. It is called Taproot. This innovation must improve the privacy, scalability, and security of transactions in the system. Most of the changes relate to strengthening the overall digital privacy.

As there are hundreds of prospective altcoins, they are updated almost thrice a year. It means Binance Coins, Monero, Zcash, or ETH regularly receive more new features, including enhanced transaction speed and additional security. This indicator is important while determining the key differences between bitcoin vs. altcoins.

Bitcoin operates on open-source code written in C++. It means that every single node operator in the network can select the definite Bitcoin version they wish to use. Therefore, the whole BTC network consists of thousands of nodes. And they run hundreds of various types of BTC software. Therefore, developers who regularly advance the BTC software can never change the BTC protocol source code rules because users can select any BTC software they want.

The Ethereum source code and its full history are publicly available on Github and other network repositories. All codes are released under the LGPL-3 license, requiring all future derivative works to be released under the same license. There are currently more than 180 repositories for the Ethereum cryptocurrency. Each focuses on a certain nuance of the project, such as smart contracts, network compatibility, etc. Unlike bitcoin, more developers keep on working on developing the Ethereum source code.

While comparing bitcoin and altcoins, security issues are among the most critical parameters. Bitcoin transactions are considered adequately encrypted. However, there is still a chance to trace senders and recipients. On the other hand, altcoins use supplementary encryption methods to add additional protection. 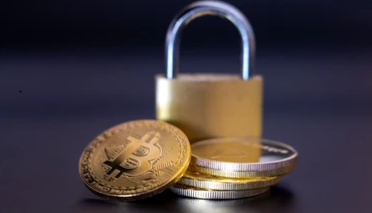 How Are They Similar

Both altcoins and bitcoin have certain similar features. However, we have figured out the most distinctive ones:

Bitcoin Vs. Altcoins: Which One Is the Best for Investment

Investors should seriously think it over before starting trading altcoins against bitcoin. Investing in both currencies can be profitable and risky at the same time. Before investing in any cryptocurrency, do market research. It is highly recommended that consumers limit cryptocurrency investments to a set sum they are not afraid to lose.

Experts state that both altcoins and bitcoins are risky investments because their prices are not stable. You never know what the price will be even in the next 10 minutes. Using bitcoins and altcoin for trading purposes can bring either a huge investment triumph or a bitter disappointment associated with the total loss of investments.

Altcoins and bitcoins can be purchased on all cryptocurrency exchanges without exception. Furthermore, exchanges allow trading altcoins freely against the dollar or gold, which is a significant advantage of this cryptocurrency.

Some altcoins have grown in price tenfold, and this is not an exaggeration. What will be the fate of this cryptocurrency in the future? No one even knows exactly. However, the increased interest in this cryptocurrency and its growing popularity ensure its growth. If there is a desire to invest in cryptocurrency, and bitcoins are very expensive, then altcoins can be a good alternative for beginners and experienced investors.

Ethereum has firmly established itself in second place regarding capitalization. Serious funds keep on investing in this project. Many potential investors consider it the future of digital currencies. As for now, if you do decide to hold money in cryptocurrency, bitcoin is a better option.

If comparing altcoins vs. bitcoin, they can be used for any daily purpose. You can use them for making payments for products and services globally. Please keep in mind that altcoin transactions are quicker and more protected.

Now you know all the necessary info on bitcoin vs. altcoins. The important features, differences, pros, and cons are depicted in this article. So, it is up to you to decide which coin is better for investment. Think about your primarily investment needs, short- or long-term prospective revenues, and don’t hesitate to invest reasonably. Nothing ventured, nothing have!

Are Bitcoin And Altcoin The Same?

No, they are not. Bitcoin is considered the first cryptocurrency that was launched in 2009. All other cryptocurrencies after bitcoin are titled altcoins.

What Is The Difference Between Bitcoin And Altcoin?

The difference between bitcoin and altcoin is in specific parameters. These issues include transaction speed, updating, mining process, improvements, security, and source code rules.

Bitcoin Vs. Altcoins: Which One Is The Best For Investment?