Best Altcoins to Buy on Coinbase

Many people want to purchase Altcoins for different purposes. It is possible to find the best altcoins on Coinbase. Learn more about that by reading this article.

Altcoins are the shorthand for “alternative coins.” Bitcoin is the first crypto coin that has ever seen the light, and all other coins that appeared after that became its alternative.

Best Altcoins on Coinbase to Invest

It is easy to find the best altcoins on Coinbase. This popular exchange is known for various benefits and can be a worthy competitor of Binance. Check out the description of different options that you can consider.

It is one of the best options to choose from for many reasons. Ethereum belongs to the largest and oldest alternatives to Bitcoin, whose price has increased at high rates. It was created for completely different purposes than the first cryptocurrency. It was the first Blockchain to introduce smart contracts that allowed creating and running of decentralized apps (dApps). Today, nearly three thousand dApps exist on this network. They can be used for different purposes, such as gambling, gaming, socializing, borrowing funds, and more.

The applications on this Blockchain are run on the cryptographic token specific to this platform. It works as a tool for using the platform. The token is in demand among developers who wish to use the Ethereum platform for building applications. Today, ETH is the second large crypto coin by market capitalization, while Bitcoin remains the leader.

It is an open network based on blockchain that has been created to offer financial institutions a reliable solution for making large transactions. Usually, processing huge payments between banks and other companies takes days. They often also involve the work of intermediaries, which costs extra money. Thanks to Stellar, transactions can be made nearly instantly without third parties and additional expenses. Anyway, this Blockchain is open to everyone, not only large companies. There is a native currency of this network, which is Lumens. In particular, using this system is more beneficial than MoneyGram and Western Union in terms of costs and speed of transactions.

It is one of the youngest blockchains that saw the light in 2020. However, it is already on the list of the best altcoins to buy on Coinbase. The unique features of Polkadot are parachains. Those are blockchains created by users. It is possible to customize them while enjoying tough security. Polkadot allows making transactions between separate networks, such as Bitcoin and Ethereum, thus solving problems with their incompatibility. It also solves issues with speed and scalability.

Its native token (DOT) can be used for two different purposes. The first one is working as a governance token so that its holders can impact the future of the protocol. The other function is the way for transaction verification.

It is a secure and private currency that has been around since 2014. It quickly drew the attention of the crypto community. Monero (XMR) was launched, aiming at providing decentralization and scalability. The security is enhanced thanks to “ring signatures,” which is a special technique. It can be used for different purposes, such as purchasing goods and services as well as exchanging for other currencies. The transactions are kept fully private. Another advantage of this platform is relatively low fees. Various entities gladly accept XMR. Their price totally depends on the demand.

This one also belongs to the best altcoins to buy on Coinbase. It saw the light in 2011 when Charlie Lee released it. It has multiple advantages over Bitcoin, such as a quicker block generation rate, which means that it takes less time to process the transaction. The price for this coin has increased three times. However, it is not as popular as Bitcoin or Ethereum. The costs of transactions are quite low. Since it is a fork of Bitcoin, it works similarly to this blockchain. Its open-source nature allows everyone to copy its codes and make desired changes.

It is one of the earliest and most successful forks of Bitcoin. The cryptocurrency was released in 2017. Scalability was one of the problems of the Bitcoin network; therefore, it was decided to create BCH. This allowed for increasing the size of the network up to 8MBs. BCH also works faster than the original network. The market capitalization of this token is about $6.5 billion.

Both BCH and BTC have a hard cap of 21 million. The networks use nodes to validate transactions. BCH supports smart contracts and applications, such as CashFusion and CashShuffle. The latter is a coin-mixing protocol that allows for more privacy. Mixing can be provided at an additional fee.

As for CashFusion, it works differently. Thus, your transactions will not be mixed with other users' transactions. Your coins will be placed in a single transaction that includes other users.

Cardano (ADA) is the result of the work of a team of mathematicians, engineers, and cryptography experts. One of the project's co-founders is Charles Hoskinson, who was also among those who founded Ethereum.

One of the best altcoins on Coinbase is called the “Ethereum killer” because it is expected to possess more capabilities than its competitor. While the platform has not beaten its bigger brother yet, this may happen in the future. Cardano strives to become the world’s financial operating system. It will offer DeFi products, such as personal loans, a mortgage, etc., similar to those found on Ethereum. In 2022, its market capitalization reached $38.5 billion.

Solana belongs to new cryptocurrencies that appeared in the market in 2020. It has quickly become popular, and now, it is in sixth place among the best options available today. The market capitalization of this cryptocurrency is $31 billion. Like Ethereum, it also supports dApps and NFTs, but the number of projects available there is lower. Its other advantages over Ethereum are a combination of proof-of-history (PoH) and proof-of-stake (PoS) transaction verification. This provides users with quicker and cheaper payments. Also, it is simpler to make transactions with Solana.

No one would expect that it would ever become one of the best altcoins on Coinbase. Dogecoin is a crypto coin that was created as a parody of Bitcoin. In essence, it was a joke, which turned into one of the most popular digital currencies in the world. Its success was overwhelming. Those who invested in this coin could earn a fortune. The mascot of this coin is Shiba Inu. One of the reasons for its significant rise is the activities of Elon Musk. He regularly makes tweets related to this coin, which contributes to the increase in its price.

This cryptocurrency runs on blockchain technology, similar to Bitcoin and Ethereum. Like many other cryptocurrencies, Dogecoin uses cryptography for security purposes. Miners use their hardware to solve difficult mathematical tasks to process transactions and record them on the blockchain. Miners receive extra Dogecoin for their work, which can be stored and sold on the market.

The coin can be used for purchasing goods and services as well as making payments. Since there is no lifetime cap applied on the number of Dogecoins that can be mined, this crypto coin is prone to inflation. 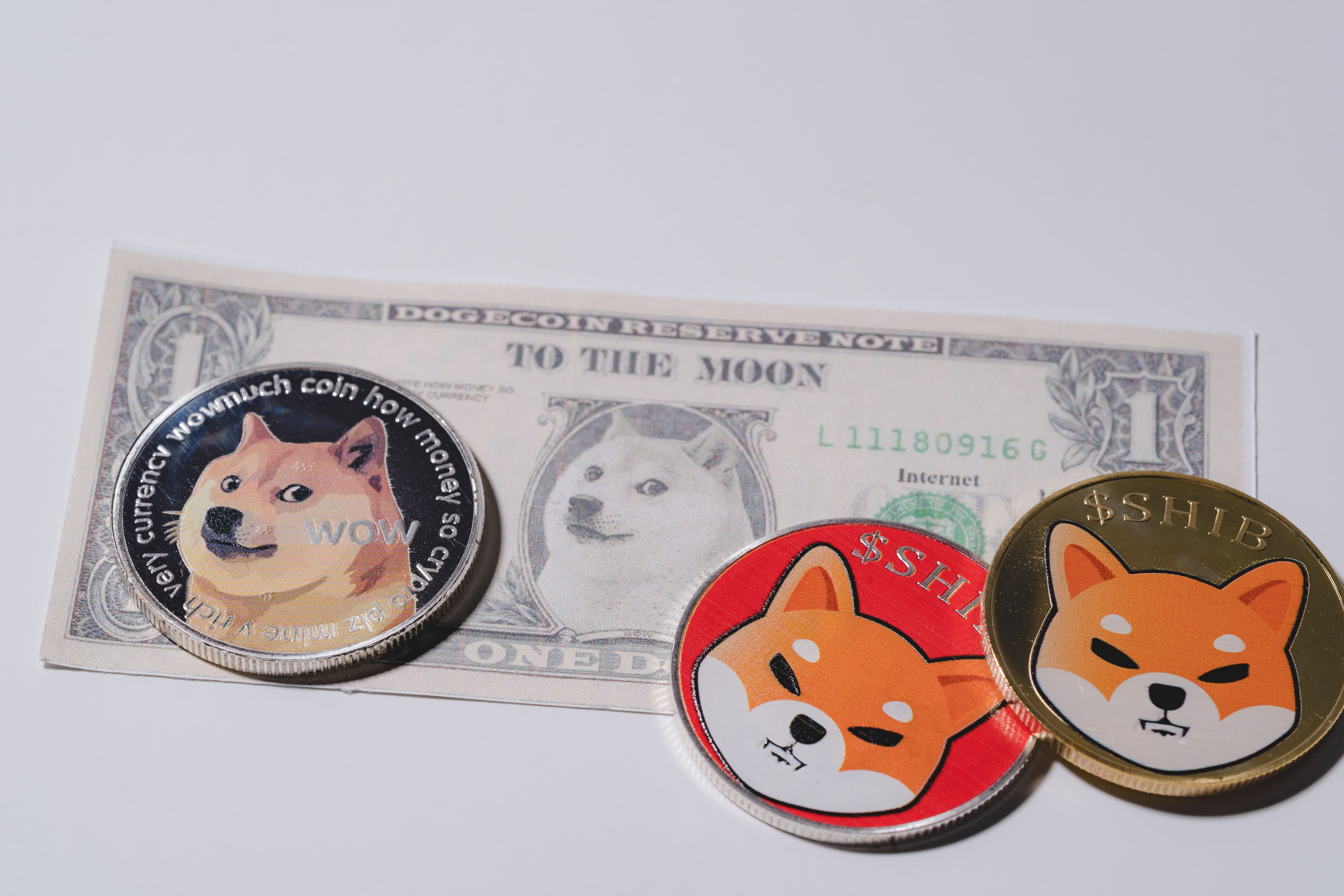 Another new cryptocurrency to invest in 2022 is Shiba Inu. It appeared in 2021, and its price increased by over 1,000% in less than one month. This was mainly due to the buzz around it created on social media platforms, such as Reddit. It is a “meme coin” that resembles Dogecoin.

How to Get Started Investing in Altcoins

The best altcoins on Coinbase can be purchased in several steps, involving registration, making payments, and other actions. This needs to be done:

Now, you just need to decide when it is time to sell your cryptocurrencies to gain some profit.

The best altcoins to buy on Coinbase come in different types. Learn what they are to decide which of them are better to purchase.

Such Altcoins are created by mining. Most altcoins of this type use a method called PoW. It allows generating new coins by solving complex problems to build blocks. Some mining-based altcoins include Monero, Litecoin, and ZCash. Premined altcoins are alternatives to mining-based ones. They are often part of an initial coin offering (ICO), such as Ripple's XRP.

Volatility is typical for cryptocurrency trading, and it is one of the matters making an investment in altcoins risky. Stablecoins allow reducing volatility by linking their value to a basket of goods, such as metals, other cryptocurrencies, or fiat currencies. In case of any problems with cryptocurrencies, holders can redeem the basket. In essence, such a basket works like insurance. The choice of stablecoins includes USDT, DAI, and USDC. Those may be the best altcoins on Coinbase for traders who do want to reduce the risk.

This type of coin is inspired by a joke. It may be a silly take on another cryptocurrency. It is a good choice for a short-term investment. Some of the most known meme coins are Dogecoin and Shiba Inu. In fact, Elon Musk frequently posts tweets on those tokens, which quickly increases them in price. For example, the price of Shiba increased 91% in one day after Musk posted a picture of his Shiba Inu puppy named Floki.

This type of token provides various services within a single network. For example, it is suitable for purchasing services, paying fees, redeeming rewards, and more. The difference between utility and security tokens is in the absence of dividends. Filecoin is an example of such a token. The best altcoins to buy on Coinbase also include this type of token.

Some tools available include:

Generally, users can easily access the best tools to buy altcoins with Coinbase.

Why would you be looking for altcoins if you can simply purchase Bitcoin? The latter remains the most popular cryptocurrency, and its price impacts the entire crypto market.

Its capitalization is about $1.2 trillion, which is over 60% of the total market cap of crypto coins. Every day, Bitcoin is traded for more than $30 billion. Also, it is a highly liquid asset.

It has remained for years, while there is always the risk that altcoins will eventually fade away unless used for a significant practical case. The popularity of Bitcoin keeps growing steadily, while lots of altcoins have been created for experimental purposes. Despite the popularity of Bitcoin, investing in altcoins also makes sense for different reasons, such as diversification purposes and obtaining a greater income.

Finding the right altcoins may be beneficial, but it is also important to mind possible drawbacks. Check them out in the table below:

The Bottom Line on the Best Alt Coins on Coinbase

Coinbase is a convenient platform allowing accessing lots of altcoins. Trading them may bring additional income. They can also be used for other purposes, such as buying something, paying for services, or making payments. Users will be able to find the best tool to buy altcoins with Coinbase. The list of altcoins provided in this article will narrow the list of options to consider down to a few. When creating your portfolio, take into account different factors, such as the level of risk associated with your investment.

Altcoins are a great option for investors aiming at diversifying their portfolios. However, every altcoin comes with different potential returns, so keep this in mind when choosing the right option.

Which Altcoin Is the Best Investment?

ETH is the second most popular coin after Bitcoin. However, several altcoins are considered a good choice, such as Stellar, Polkadot, Monero, and others. It is possible to pick a few of them for diversification purposes.

What Is Coinbase Best For?

It is an optimum choice for traders who appreciate the convenience. The choice of the best altcoins on Coinbase is huge, which is great for diversification purposes.

PeckShield Reveals LUNA Rug Pull in the Midst of Airdrops

apes, apes, and more apes: How to use ApeCoin