What Are Types of Altcoins | Examples of Most Popular Altcoin Types

Since the arrival of the first crypto coin in 2009 and its following boom, cyber enthusiasts from all over the world have been trying to create an alternative to enter the competition and develop the industry. Today, the number of all possible tokens is over 18,000, and, of course, not all of them are equally popular. If you want to get a hold of what types of altcoins are in demand, look no further: this article will help you to figure it out.

The fancy term “altcoin” is a coinage of two other words — “alternative” and “coin.” This term is used to describe any other digital currency except for Bitcoin, which is considered the first token ever. However, even if all not-bitcoin currencies are generally called by the same name, they do differ when it comes to their origin, value, consensus mechanisms, and other features.

How Do Altcoins Work?

As altcoin is based upon the pioneer of the industry, it resides on blockchain technology. Let’s explain it in simple words. Blockchain is a decentralized database that consists of encrypted records (called blocks) chained together and equally distributed among all users. This is called a p2p (peer-to-peer) network. When a new block appears (e.g., new transaction), it needs to be validated by every node, and when there is a consensus, the block is accepted. Basically, blockchain works as an account book with free access where every record has to be verified by everyone admitted. Every crypto coin has its own blockchain.

As it has been previously stated, the abundance of altcoins is mind-blowing. And while every kind of alternative cryptocurrency is based on the Bitcoin blockchain, they are free to tweak and modify it. This creates a vivid, diversified, and fast-changing ecosystem, the parts of which are hard to categorize. Nonetheless, here’s the list of the most common types of altcoins.

As its name suggests, this kind of altcoin is obtained via a well-known process called “mining.” To produce coins, a miner uses the computational power of his/her mining rig to solve various mathematical issues that needed to be done so a transaction is authorized by a private key and the coin is released. If you want to mine independently, be aware that to mine altcoins proficiently, a very powerful rig is needed, but you can also use pool and cloud mining to minimize hardware expenses.

One of the iconic characteristics of any digital coin is its volatility, i.e., the index showing the changes in value over a particular period. To improve this, a stablecoin was introduced. It uses some external references (fiat currencies, precious metals, or even another cryptocurrency) and chains itself to them to achieve stability. This type of stablecoin is called asset-backed. However, there are also non-asset-backed stablecoins that use a specific supply-regulated seigniorage system to establish their value, but this kind is unpopular today. 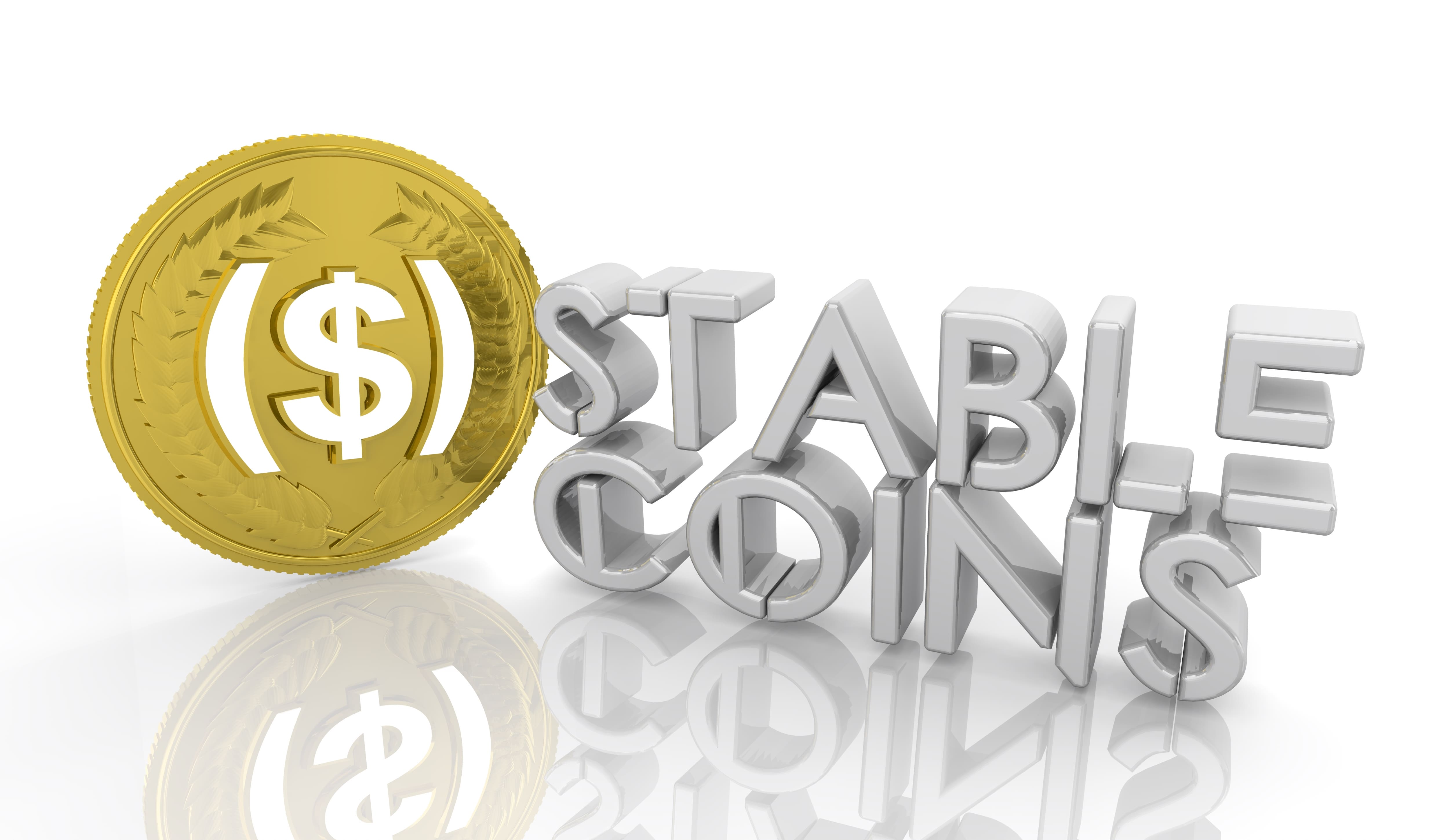 All types of altcoins use their own blockchain to conduct and secure all transactions. However, tokens, while being a part of altcoins, work in a varied manner. To exist, they use an already-existing blockchain, not creating a new one. They are considered specific records that contain data about ownership and certify that the owner of the digital sign (token) has rights to objects of civil rights. In simpler terms, a token is an accounting unit that functions as a substitute for financial assets (securities, indices, raw materials, gold, etc.) in the digital world. It is like a digital acquittance from the creator of the token that he undertakes to provide you with something. Usually, you will need special software to access tokens.

This type of token is characterized by the external tradable asset that creates its value. Such assets are usually presented by securities (hence the name), most often by stocks. When you obtain a security token, this means that you own a share in the company now. This digital version of stock grants the same rights as if you were to buy shares in a more traditional form, meaning that you will get a profit share in the future.

By being an investment rather than a coin, a company that wants to create a security token has to initiate a process of Security Token Offering (STO) instead of the usual ICO. The circulation of security tokens takes place in accordance with the legal rules of financial regulators of various countries, for example, the US Securities and Exchange Commission (SEC) or the Swiss Financial Market Supervisory Authority (FINMA). This is done to ensure the safety of tokens and minimize the risk of fraud.

In comparison to traditional financial products, security tokens have the advantage of eliminating the intermediation function of banks and other organizations. This creates a completely new environment for investing and making deals. In addition to this, here’s the list of security token key benefits:

·         Option to create an ecosystem of connected services

If security tokens are seen as investments, utility tokens are more like a pleasant bonus. These types of altcoins cannot be treated as an investment: they do not offer any stake in the company.

This kind of token is usually released during ICO, but its functionality is much larger than that of a coin. The value of utility tokens lies in possibilities to investors. The holder gets access to a range of special services, discounts, or even products available on the platform of the developer company. In this way, utility tokens work like vouchers. Firms often use them to boost the interest in their products or services. Let’s take a look at a few specimens of utility coins:

The concept of NFT has become a worldwide phenomenon not so long ago, but it has already created a media boom. “Non-fungible” stands roughly for unique, one-of-a-kind. Cryptocurrency, e.g., Bitcoin, cannot be treated as “unique” as you can trade one bitcoin for another. On the contrary, NFT is a token, so it grants the person who buys it exceptional rights of ownership.

What can be an NFT? Literally everything. Everything digital. Art, music, posts, AI, or even personal information. However, the modern NFT market is primarily interested in pictures and drawings in their digital forms.

Examples of the Most Popular Altcoins

Eighteen thousand existing altcoins raise one vital question: “What are the best ones?” Check our list and find out.

This altcoin is considered the first big alternative to the famous Bitcoin. Its platform, established in 2015, has been designed to be a special place for developing decentralized apps with the help of smart contracts. Currently, almost 3000 Dapps on the Ethereum blockchain use the native coin Ether to conduct operations.

At the end of 2020, Ethereum decided to switch its consensus algorithm from PoW (proof of work) to PoS (proof of stake). The latter is described as a less energy-consuming and more decentralized method of approving new blocks. This mechanism allows people to “stake” their ETH to become validators. Then, they are to attest to new blocks, either to confirm or deny their validity. If users manage to do it correctly, they will be rewarded with ether, if they fail, they can lose a part of or even a whole stake.

Being one of the most promising decentralized finance (DeFi) crypto coins, Aave is considered the best lending platform. It enables its users to lend, borrow and exchange crypto without an intermediary organization. Aave uses the Ethereum blockchain, therefore it incorporates smart contract technology.

The most vital feature of Aave is its network of lending pools that allow crypto enthusiasts to borrow and lend cryptocurrencies, such as BAT or ETH. It has a range of pros. For example, those who use it as collateral to get loans will be subject to lower fees and will be allowed to borrow more. Also, it has rate switching. This option gives the borrower an opportunity to shift between fixed and floating interest rates, so he or she can cut down borrowing costs.

2011 marked the creation of Litecoin, which later would be baptized “as silver to Bitcoin’s gold.” Its creator, Charlie Lee, a Google engineer in the past, used the model of Bitcoin. However, he added a couple of improvements. Litecoin has enhanced block generation, which results in faster transaction confirmation. With a coin value of $112, its market cap equals $7,8 billion, granting Litecoin 21st place among all cryptocurrencies as of March 18, 2022. 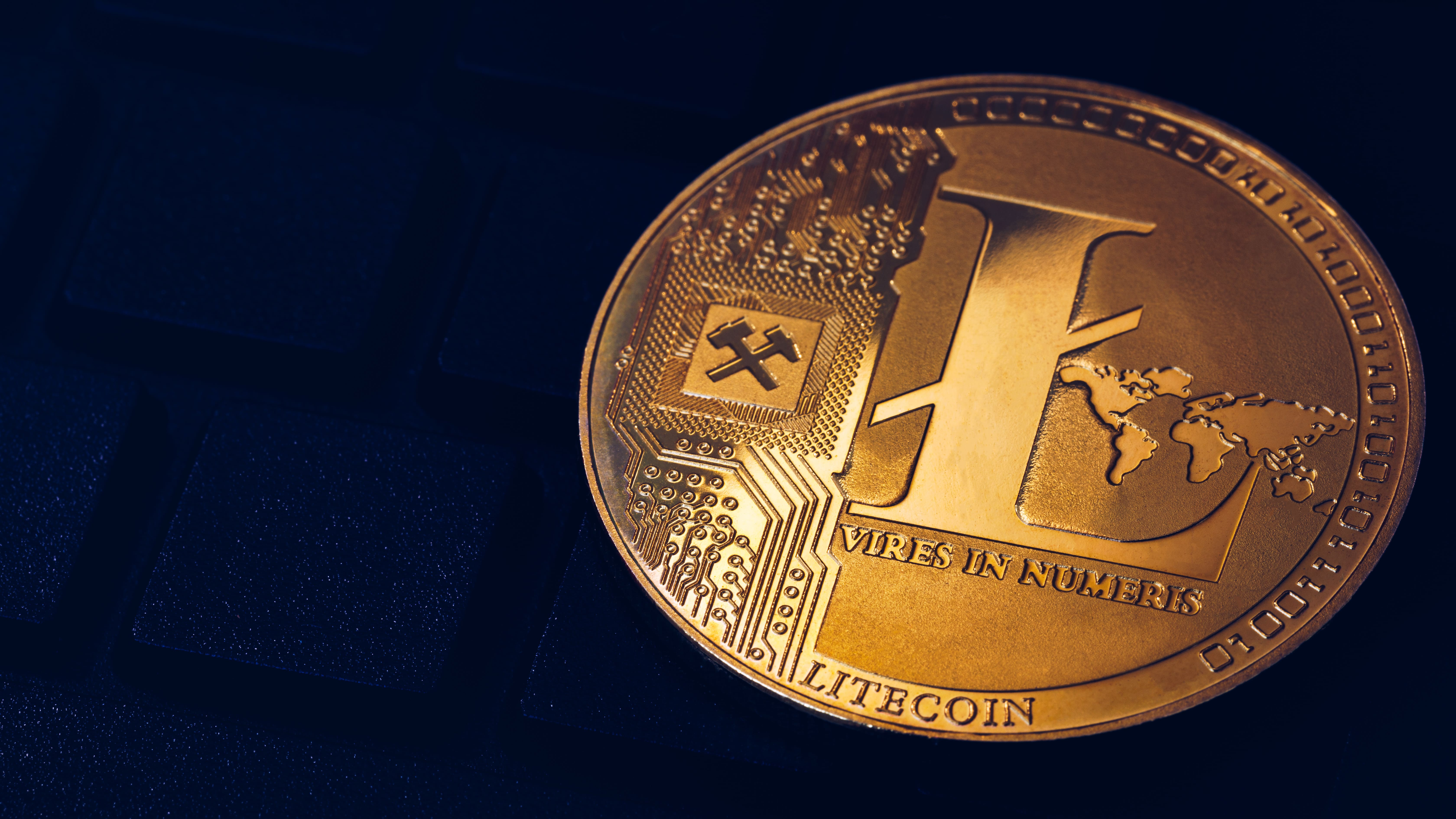 Ripple is an altcoin designed to be used exclusively on its native blockchain and Ripple network. The latter is a decentralized crypto network that provides services to people and financial systems and facilitates an exchange of assets via a p2p mechanism. The main idea behind Ripple is to become a better version of SWIFT, i.e. to transfer money faster, cheaper, and more securely.

XRP works not only as an altcoin but also as a bridge currency. People can use it when a direct exchange is impossible. Another advantage of XRP is that transactions take only a couple of seconds, and the fees are lesser than a cent.

Uniswap operates on the Ethereum blockchain and grants participants the right to trade with each other without any other mediator, meaning that it is a decentralized exchange (DEX). The service's main goal is that the benefits are given to liquidity providers. They support the exchange process by "locking" tokens, enabling everyone else to use this decentralized system for trading. Smart contracts and liquidity pools are an essential part of each token. Any participant can trade this token or deposit funds into the liquidity pool, earning a 0.3% exchange commission. 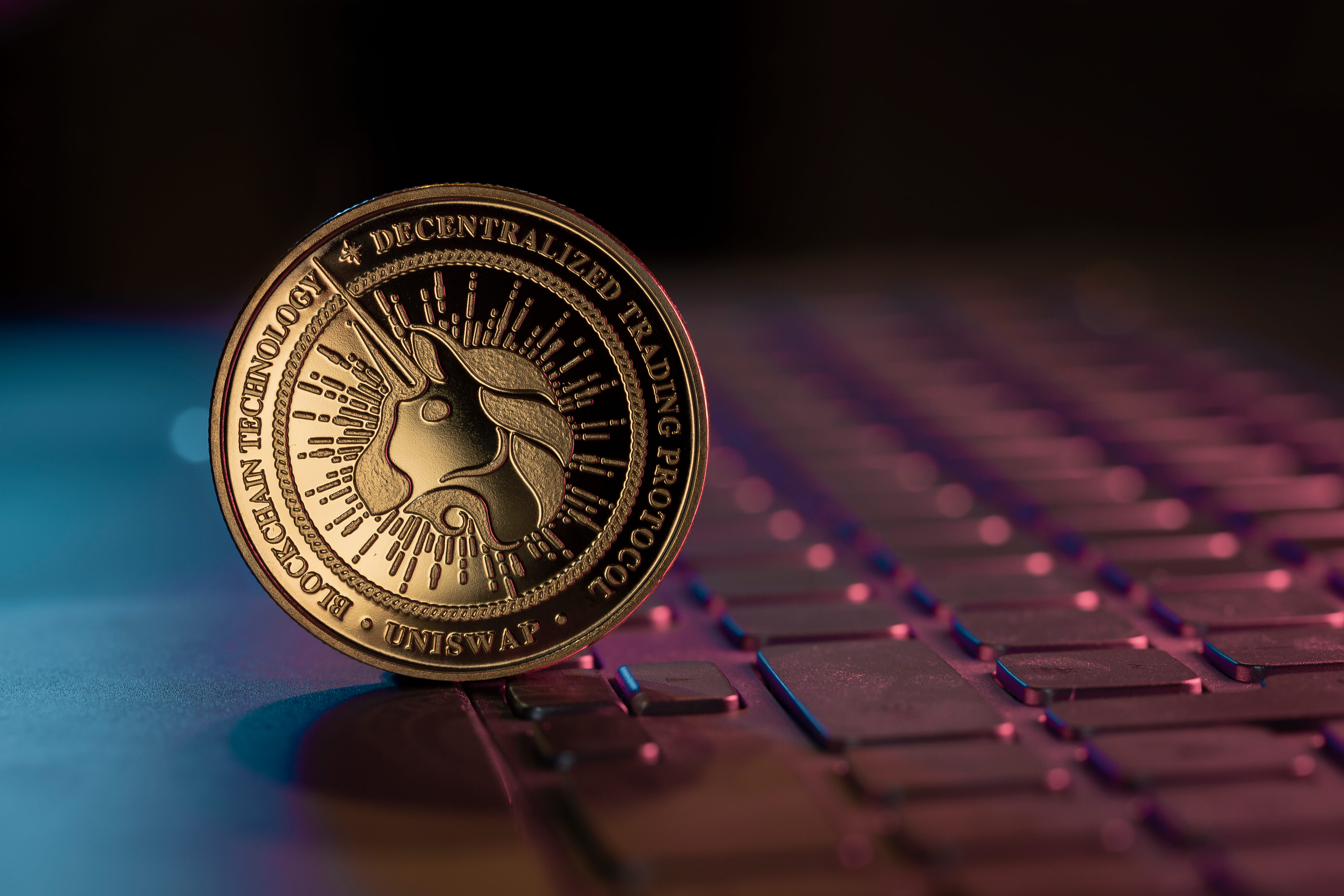 The most apparent difference is that Bitcoin is older than any other altcoin. It is considered the first successful digital currency that stimulated the industry's growth. Altcoins, in their turn, are more modern; therefore, they offer new possibilities and features. For instance, Ethereum is the first crypto platform that invented and successfully applied smart contracts, which allow faster transactions.

Another difference lies in volatility. All cryptocurrencies are volatile (except for stablecoins), but Bitcoin has been around for a while, and its value is hard to affect. All types of altcoins are subject to high volatility, which can bring high profits as well as huge losses.

Pros and Cons of Altcoins

The major pros and cons of alternatives to Bitcoin are presented in the following table:

2011 gave birth to the first altcoin, and since then, their number has been growing. Altcoins are a great alternative to Bitcoin as they provide users with new features and faster transactions and are more secure. Many altcoins are gaining popularity, with huge potential, which means that it may be an excellent option to consider them as a new investment project.

Which Types of Altcoins Are Available?

The majority of altcoins vary due to their functions and mechanism components. Considering functional differences, we may highlight Security & Utility Tokens, while mechanism diversity provides mining-Based (PoW and pre-mined altcoins) and Stablecoins.

Which Is the Most Stable Altcoin?

As with any other cryptocurrency, altcoins contain a certain level of investment risk. However, Ethereum is a highly stable coin, very like Bitcoin in specific aspects.

How Are Altcoins Different from Bitcoin?

Crypto coin alternatives have new functions and features in comparison to Bitcoin. They tend to be a big changing range with their own risks and benefits.