What Are Altcoins? Meaning and Using

The question “what is altcoin?” arises among many beginners. An altcoin is any cryptocurrency that appeared after Bitcoin. The term comes from an abbreviation of the words “bitcoin” and “alternative,” resulting in a new type of digital currency.

They are alternative coins to Bitcoin. You will recall that Bitcoin was the first cryptocurrency ever. Its successful concept paved the way for other digital currencies, the number of which, at the moment, reaches 500 titles. Aside from the question “What are altcoins in cryptocurrency?” we need to understand why they keep emerging. Each new cryptocurrency variation tries to be more convenient and cheaper for the user, thus gaining more popularity than the previous options. The lack of centralized regulation is the key aspect that fuels the emergence of so many new altcoins.

How Do Altcoins Work?

Altcoins operate on blockchain technology used to check the correctness of transactions. The system ensures that a coin will get flawlessly from the sender to the recipient. They use the technology of "smart contracts," which remove a specified amount of coins from an account and keep it until the contract terms are met. This approach reduces human intervention and makes the algorithm do all the work.

Now that we know the answer to the question “what is altcoin?”, let’s figure out whether they are really usable. For example, the peculiarity of Ethereum is that the technology can be used to register any transactions with any assets. And it is not about payments only. ETH is used to buy and sell securities, exchange resources, etc. Another young currency, Cardano, is used to support transactions with cryptocurrency wallets. And Solana is a technology designed to support scalable decentralized applications. As you can see, many altcoins have gone beyond the concept of currency and are used in many processes and the latest technologies in various areas of activity.

Actually, the answer to the question “what are altcoins used for?” mainly depends on the altcoin type. The main types of altcoins include mining-based cryptocurrencies, stablecoins, and security and utility tokens.

Examples of Altcoins to Invest in 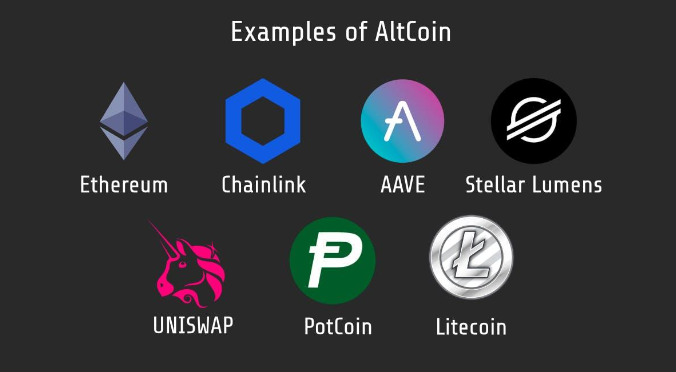 What does altcoin mean to an investor? You have to invest in digital currency that meets your needs based on what you plan to get from it. Of course, it should be a cryptocurrency, in the prospects of which you have no doubts. Here are some suitable examples:

What to Consider Before Buying

There are several factors you should pay attention to several factors when choosing altcoins to invest in, such as liquidity, trustworthiness, usability, the statement of the creators, and reviews from investors.

An interesting project worth investing in must be listed on popular and highly liquid crypto markets (for example, Binance, Currency, or Kraken). It must be possible to buy or sell an asset quickly; it must have sound liquidity.

Large exchanges add only trustworthy assets. Any altcoin undergoes extensive testing by the analytical department of exchange, and those altcoins in demand and technologically proven get on the marketplace.

How Altcoins Are Trusted

It is important to find out if the company you a going to invest in has a real product and devoted users. Often, such currency projects have nothing but a website. Your research should also include checking whether the project is eagerly supported on social networks. This suggests that real people are involved in the project, and plenty of funds are invested in it. Besides, you can check if there are ambassadors behind the project, for example, famous and rich people who believe in this product and trust its owners.

Next to receiving an answer to the question “what is altcoin?”, it is important to choose promising projects correctly if you want to make money by investing in new tokens or at least not lose your funds.

How to Buy Altcoins

You can buy cryptocurrency on a digital exchange. What is an altcoin exchange? It is an online platform where you can buy and sell altcoins. This is how to proceed with it:

Pros and Cons of Altcoins

What pros and cons should you keep in mind when choosing altcoins to invest in? Let's figure it out.

Advantages of investing in altcoins:

Disadvantages of investing in altcoins:

What’s an altcoin place in the general cryptosystem? Let’s take a look and compare. 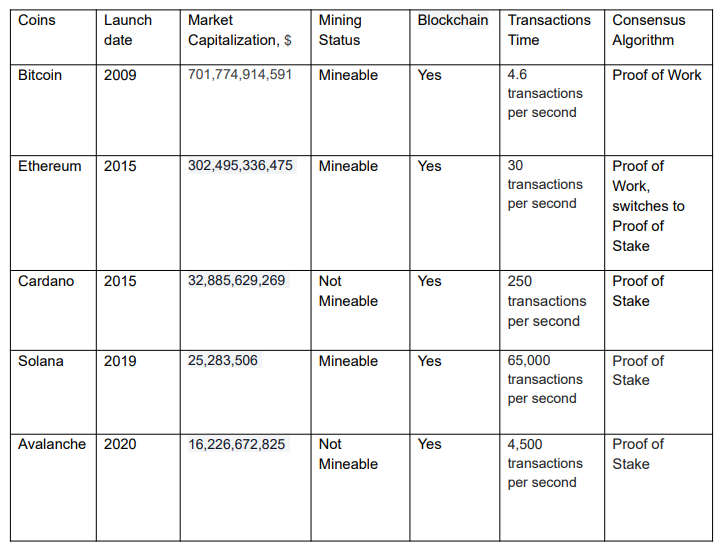 How Has the Pandemic Affected the Altcoin?

During the pandemic, governments and businessmen accelerated the introduction of blockchain in various areas of life to avoid forcing the population to go out into the street and risk their health. In addition, the quarantine spurred the creation of new payment instruments that would not have a physical form. All large countries have recognized the importance of introducing electronic means of payment. There was also a noticeable increase in interest in cryptocurrencies from users interested in converting fiat currencies into digital money.

There are many altcoins to invest in; however, no one will ever predict with 100% certainty which one is really good. Many factors affect the price of any asset, and cryptocurrencies are even more volatile than other assets. One of the main rules is to think through all possible scenarios of price behavior before investing.

What Is An Altcoin?

An altcoin is any cryptocurrency launched after Bitcoin. Altcoins act as improved alternatives to the latter.

What Are Most Popular Altcoins Examples?

If you have learned enough about what a virtual currency is and how it works, then the answer is yes!