Meet DogeGF, the peer-to-peer coin of the new reciprocal society.
Thousands of years ago, in Ancient Greece, people relied on reciprocity as a form of transaction because there was no government or trade. Some more thousands of years back, the early humans used reciprocity as a survival mechanism. For example, one member of the group would go hunting, whereas the other(s) would stay and keep the group safe from wild animals or other potential dangers.

Reciprocity is a two-way street that can reward kind actions or punish unkind ones. This means that people evaluate the kindness of an action not just by its consequences, but also by its underlying intentions.

Fast forward to present days, the Blockchain technology is a great example of the reciprocity theory at work. Today, millions of people work together to create a better society based on blockchain without any interference from governments or other central entities. And it all started with a kind gesture made in 2008 by Satoshi through its Bitcoin whitepaper. With it, the peer-to-peer economy started, and today, 13 years later, here we are living in a new cash system worth +$1 trillion.

Bitcoin is awesome, but wait to see the future.

Yes, Bitcoin was the first, and for this it will always remain special, but it’s not the last, nor the best part of the new reciprocal society. In 2013, a new gesture was delivered — Doge. It all started as a joke, and it was supposed to stay this way. Actually, its founder exited the project after a few years because for him it remained a joke. For the community however, it was more than that.

Doge is owned today by approx. 5 million people and reached a few weeks ago an all time high market cap of about $90 bn., higher than the GDP of countries like Bulgaria or Croatia. For a nation that was created from 0 in 2013, this is really impressive.

Today, 0.02% of all Doge addresses own 78.86% of all coins, and that’s OK. The ones that got in early, the ones that believed in it first, the ones that went all in deserve to benefit more. Free markets all the way.

If Doge would launch today, would you buy?

That’s the question. What would you do? Would you buy or you would consider it a joke (again) and let others take the risk?

With this in mind, we created DogeGF, a gift for the crypto nation who thinks community governed coins are the future and want to work together on building the reciprocal economy.

Meet DogeGF, the reciprocal coin on the Ethereum network.

DogeGF is not a competitor of Doge, but a partner with the same vision who is better equipped for creating a system based on reciprocity. Why “GF” you might ask? First, yes, GF means girlfriend. Second, we chose a feminine figure for this project because women, by nature are prone towards reciprocal norms, thus making a reciprocal society inevitable. According to this study released in 2017, women get more of a chemical reward for being generous and making kind gestures than men.

Next, to the question why Ethereum? The answer is simple. Ethereum is not just a blockchain, it’s Web 3.0, and by connecting with it, we’ll allow every single DogeGF holder to access easily an ecosystem that offers access to DeFi, NFTs, and many other solutions that create and distribute value.

We believe in crypto, we want crypto to succeed, and we want to live in a society where crypto succeeds. With this in mind, we are confident that we can build a better society by bringing DogeGF to the Ethereum network.

Let’s not doge the opportunity to build a reciprocal society. Follow us for more updates on what’s coming next for the DogeGF community. 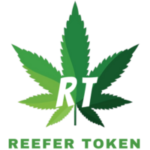