Token Vs. Coin: Differences And Similarities

Even if you are aware of cryptocurrency and blockchains, you still may find it a headache to differentiate between coins and tokens. On the surface, they may appear to be the same, but they are not. To make it simple, coins act as money with which you can buy and sell anything. Tokens represent the assets and deeds. Our token vs. coin guide will help you better understand what they are and how you can use both.

Are Trending Coins And Tokens The Same

No, they are not the same. The coins are used to trade currency, while the tokens are held for value and can be staked and traded to earn interest. In other words, tokens represent what you possess, and the coins represent what you are capable of owing. So, as you can see, the difference between coins and tokens comes down to their utility. 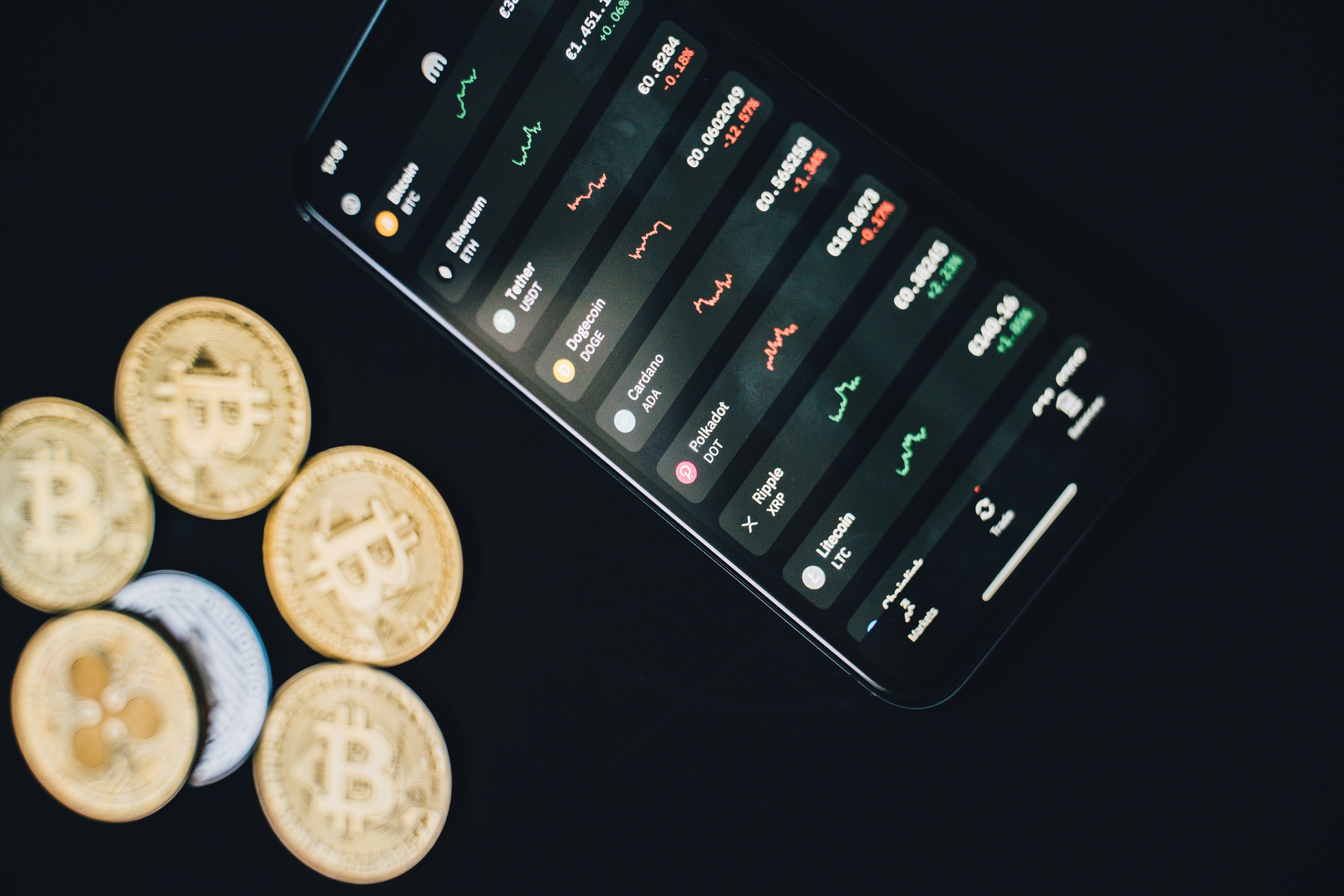 A coin is native to its blockchain cryptocurrency used to exchange and store assets of value. Both exchange and storage happen inside the structure of the blockchain that the coin runs on. This implies that the currency never leaves the network, and all the changes refer to the account balances of holders. So, for instance, if one person transfers money to another one, they both will be able to see how the balances change in their accounts. But the, digital money is not moved anywhere.

Coins are a cryptocurrency that can be characterized by their special features and digital processes behind them. First of all, it is created with mining, which takes massive quantities of computer power and rewards miners with currency. This currency is decentralized which means that coins operate without the help of any central authority. The fact that coins are neither owned nor regulated by anyone means that their value is unaffected by the political situation and the monetary policies of a government’s central bank. All the transactions and operations run between computer nods. This feature enables the safety and trustworthiness of all coin-related activities.

The transactions are created and validated with the help of the process called Proof of Stake (PoS), which depends on coin ownership. In addition, all the network transaction fees are paid with coins. With the help of coins, you can buy goods and pay for services, transfer it to another person, and use it as an investment, the value of which may grow with time, as it happened with the most popular cryptocurrencies.

The most famous examples of successful coins include Bitcoin(BTC), Ethereum(ETH), Litecoin(LTC), NEO(NEO), Cardano(ADA), Stellar(XLM), Bitcoin Cash(BCH), and others. Ethereum, for example, which was founded in 2015, is the second-largest coin by market value; however, it is still a long way behind Bitcoin. Litecoin (LTC), which debuted in 2011, was one of the first digital currencies to follow Bitcoin. It is based on an open-source, decentralized worldwide payment network that employs Scrypt as a PoW. Compared to Bitcoin, LTC offers a faster confirmation time for transactions.

Unlike a trending coin, a token is a digital asset built on an existing cryptocurrency blockchain with the help of smart contracts. Tether (USDT), for example, is an Ethereum-based token that may be transmitted to any Ethereum address. Since Ethereum was the first to implement the smart contract technology on its blockchain, it happens to be the most popular choice of the token platform. Other examples include NEO, Waves, Lisk, and Stratis.

Most tokens are designed to work with dApps (decentralized applications). According to the purpose the tokens will serve, developers can choose how many units they want to manufacture and where to transfer them. At this stage, they will pay the native coin to the blockchain on which the token is being created.

Tokens are generally used as project-specific utility crypto digital assets. They can be used for investments, to raise funds, or reward certain activities. Tokens are frequently applied to enable the functionality of the program for which they were built, like Musicoin, which grants users access to various aspects of the Musicoin platform. This could be anything as simple as watching a video clip or listening to a song on the internet.

If to compare coins vs. tokens, the latter can be divided into the following categories:

Difference Between Token And Crypto

The differences between token and crypto lie in terms of payment processes, the value that they carry, and the way they can be exchanged. Let's read more about them below.

The difference between token and coin lies in the fact that coins, like traditional money, are used directly for transactions. Coins are monetary units that can be used to buy and sell goods. Tokens are based on the same principles as cryptocurrencies, except they represent digital assets that are used for trading or holding as a store value. A coin can be used to purchase a token, but not the other way around.

While coins serve better as a means of payment, tokens can represent a company's stock and store of value. Even though a token can be bought with a coin, certain tokens are worth more than coins. For instance, a company's equity shares in the form of tokens can skyrocket in price. One more comparison aspect is related to the fact that coins can retain their value between exchanges on their own, while tokens need to be based on outside assistance to preserve their worth.

Exchange With Another Person

Coins and tokens also differ in terms of the exchange. Coins cannot be transferred from one blockchain to another. However, tokens offer such a possibility. It means that if a person has one crypto wallet and you have a different one, it is possible to exchange tokens. But to transfer coins, you will require the wallets of the same cryptocurrency. If you do not have these wallets, it means that you will need to use the services of crypto exchanges.

The features that are similar for tokens and coins include the technology that is behind them and some functionality aspects. Both use blockchain technology that is decentralized and are not controlled by third parties. The rights to each are equally distributed among holders of digital currency. Coins and tokens both process the payments and represent the value.

The dissimilarity between a token and a coin isn't huge, but it can generate a lot of confusion if it's misunderstood. Paying attention to what you're investing in is one simple way to figure out which one you should use. There are some recommendations on what would be better to operate with if you are a beginner and which digital currency subtype will serve you well if you are interested in profitable investments.

Tokens are preferable to coins in terms of investing. Tokens are supported by applications that are meant to execute specific activities. The token serves a specific purpose and will never be obsolete as long as the application is useful in the real world. Moreover, some tokens represent real company shares that you can keep as an investment. 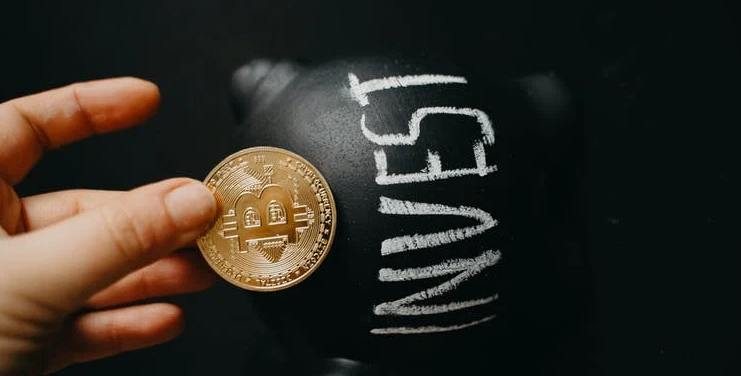 If you are new to the world of cryptocurrency, it is better to start with coins. They were designed to substitute real money. The transparency and anonymity made them a very popular means for online money transactions. Using coins will allow you to get used to digital money operations and feel more confident when deciding on some serious investments. Moreover, it is a fast and convenient way to purchase online.

Trending coins and tokens have both similarities and differences. With the help of our guide, now you have a clear understanding of what is meant by each definition. Any cryptocurrency with its own independent blockchain, such as Bitcoin, is referred to as a coin. Tokens, on the contrary, do not have their blockchains and "live" on the existing cryptocurrency networks. To determine what you need to use - tokens or coins, you need to focus on what you are going to buy. For services, better use tokens, but if it is a product, coins are your number one choice.

Are Tokens And Coins The Same In Trading?

Tokens and coins have differences in trading. Coins are used as digital money for various online purchases. Tokens are designed more for investments and for making decentralized exchanges.

What Are The Differences Between Coins And Tokens?

Tokens VS Coins: What Is Better To Choose?

The choice between tokens vs. coins depends on the aims you pursue. If you want to buy services or products online, it is better to choose coins. If you're going to invest, then opt for tokens.

Crypto Exchanges with the Lowest Fees

TrustSwap Project Review: What Is It, and How Does It Work?

Polkastarter (POLS) Review: All About the Project

Taxes on Crypto: All You Need to Know

BlockFi vs. Defi vs. TradFi: Differences and Similarities